Carey loses due diligence at FOS 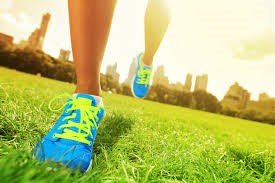 Embattled pension provider Carey (now rebranded ‘Options’) had no sooner donned their running shoes to take a victory lap following the decision in their favour in the Adams case, when news emerged that they had received a slap across the knuckles from the Financial Ombudsman Service (“FOS”) for failing to interrogate an application to create a SIPP in an ‘unrelated’ case.

The case saw claimant ‘Mr T’ sue them for allowing him to set up a SIPP and move his pension into riskier investments in ‘Store First’ (the same as the Adams case) upon the advice of an IFA based in Spain (presumably there because the weather is so much better and not because of it being outside of the FCA’s long armed reach).

FOS concluded it did not need to wait for the judgment in the Adams case, as it was a completely ‘unrelated’ matter, and presumably they, like the rest of us, still had no idea when the decision would be seeing the light of day. It is interesting to note that the FOS definition of ‘unrelated’ would seem to include similar fact patterns and underlying investments with the same name.